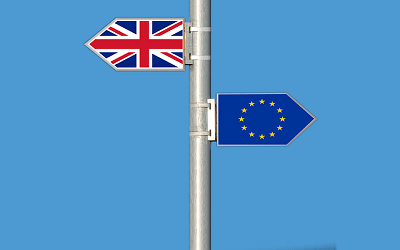 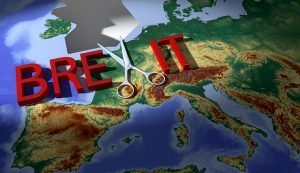 As we prepare for another bumper week in the forex market next week it’s important we look back at anything that happened last week to see if there are any changes in sentiment for the major currencies. There were some notable events last week worth commenting on.

China’s GDP was reported at 6.4%, and while much of the press overreacted to the lowest figure in a decade, it was very much to be expected. A global growth slowdown has been talked about for some time now so it really wasn’t that much of a shock. In fact, there was some positive in that Chinese Industrial Production grew slightly. We have had Davos World Economic Forums throughout the week and the IMF has downgraded global growth, so all of this fits with that slowing picture.

The GBP was the best performing currency last week surprisingly, initially on some positive news around average earnings and unemployment but then subsequently on the anticipation that a No deal Brexit was looking less likely. I think that was more wishful thinking than reality but this week will be a key as the debate on Plan B begins on Tuesday. The big unknown is an amendment that is being tabled which in essence gives Parliament greater control over the process which could be seen as very bullish for the GBP as there appears to be an overwhelming majority for the removal of a no deal option.

We also saw the EU struggling with many PMI’s underperforming expectations. In fact most notably was the German manufacturing and French services PMI that showed contraction. The Eurozone as a whole showed below expectation readings which again give the ECB further concerns ahead of its decision to start tightening later this year. In fact, if data continues the way it has been hard to see the ECB not put some kind of QE stimulus back in place.

Elsewhere around the globe, we saw negative data in all Canadian releases last week suggesting that any further interest rate increases may well be on hold. Japan also had their monetary policy statement which is expected to cut inflation expectations and maintained its existing accommodative policies.

On Monday we see ECB President Draghi testifying in front of the European Parliament on the state of the economy. With poor releases last week and an already dovish tone set in last week’s press conference we can expect more of the same. Bank of England Governor Carney also speaks on Monday, and while not a formal event, he has the tendency to be unpredictable and affect the GBP.

Limited significant data releases although we do start to see US data creep back into the market after the government shutdown with the CB Consumer Confidence. The big event for Tuesday is the beginning of the Brexit Plan B debate where the government seeks to try and win a vote on a very slightly tweaked plan A. Any new plan is unlikely to be able to turn around the 230 vote defeat from the previous vote, but the key element will be the amendments that could be voted on as soon as Tuesday. One, for example, taking the powers away from the executive and giving the Parliament more control over the process which could see the GBP continue its bullish run as fears of a no deal would surely subside further in that event.

The biggie for the week will be the Fed meeting which will almost certainly see the Fed pause on its interest rate hikes. The Federal Reserve is somewhat hampered by the lack of US data recently due to the government shutdown, but with the continued lack of inflationary pressures and continuing global headwinds, this will be the point at which they pause. As ever be crucial to watch the accompanying statement for clues on forward guidance.

Also on Wednesday, we have the Australian CPI figures released which are unlikely to have a material impact on the Aussie dollar in the short term. The RBA continues to push back any suggestions of changes to monetary policy.

Outside of Canadian GDP which could lead to volatility, we have a slew of medium level news. Look out for Spanish and Eurozone GDP, this will be an important gauge on how the ECB might manage things going forward. In addition, we have Chinese Manufacturing PMI which contracted last month for the first time in over 2 years. Again this will be a good indicator of how the global economy is performing.

First Friday of every month and we face the ever-volatile employment report from the US. With a bumper report last month this month number is unlikely to be anywhere near as good especially considering the recent government shutdown which saw thousands of US government workers go without pay. Watch out for average hourly earnings which are a key factor of inflationary pressures.

We also have Eurozone CPI, and on a backdrop of weakening economic conditions, it’s unlikely this release is going to materially impact the euro. After last week’s continued poor data and the dovish following press conference, it is looking increasingly unlikely that the ECB will be able to increase interest rates later this year regardless of the release.

From the risk indicators it would suggest we are in a modest risk on environment with volatility down, yields up and emerging market flows.

We can also see from the commodity charts that commodity prices are also increasing which is another good indicator of a risk on environment.

Looking for it to reach around the 0.72950 level for a short. The risk on environment could support further in the Aussie and then we have numerous reasons to short at that level including trendlines, EMA’s and Fibonacci levels.

Still interested in taking this trade just not entirely convinced yet in which direction. Oil is also at a critical point sandwiched between the 55 EMA and a recent trend line:

I will be watching what happens with oil to determine whether I long the pair from 1.31 or wait for it to break an short.

Not necessarily a trade although I am tempted considering the resistance it is approaching, but the dollar index will be a key chart to watch. If we see a bounce off of the trendline we can expect increased USD support however a break could see significant weakness for the USD.

If you would like to learn how to trade like a professional check out our 5* rated forex mentor program, RISK FREE; by clicking on the “Get Started Today” Button below 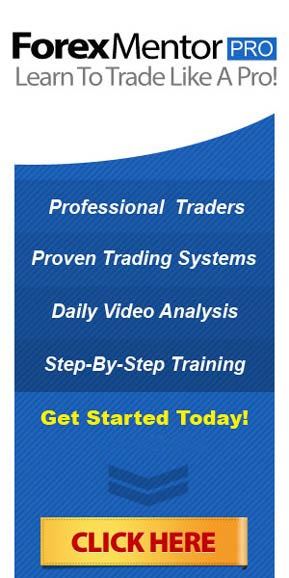 Member Thinus has shared his set ups for the week. There is also another global outbreak but it hasn't caused major issues yet, but still a concern as it could affect the markets. Click the link for the full post
https://www.forexmentorpro.com/blog/navigate-the-macro-for-some-big-setups/
#forex